Sportsman Island Series Centre Console fishing weapon is now available at Marina Bayside! The Island Reef is the largest fishing centre console boat in the Island Reef range and is power matched with the Yamaha Four-Stroke Outboards. You have 360 degree fishing space allowing an open fishing rig that combines ride and comfort performance for the serious fisherman.

Centre consoles are all about space and 360 degrees of usability and fishability, and the Island Reef 19 is not lacking in this department with a decent 2.3m beam. Onboard you get a workable-sized cast deck up in the bow, with ample storage space for gear and tackle, as well as a dedicated anchor well.

The centre console is well appointed with enough flush-mount area for a few gauges, large switch panel and seven-inch Simrad GPS/Sounder. If larger electronics are your whim, then a bracket mount would be fine on the dash behind the screen.

The console is also lower than found on standard offshore boats which may provide less protection, but works well for lure fishing as it doesn’t restrict casting. A front console seat with insulated storage adds to the seating options.

A 2.3m beam is also a bonus as it allows for wider seating options. In this case the dual console seat is positioned to suit seated or standing at the helm while driving, and is comfortable either way. The open frame below also allows for an Esky or large tackle box to be strapped in – and out of the way.

Rod Holders are generally an issue on smaller centre consoles but having the six-side rod holders built into the console makes a big difference to additional rod stowage. Another four vertical holders between the seats and the four flush-mounts in the coamings gives a total of 14 rod holders, and that’s far more than standard.

In the stern the rear seats open up to good-sized deep live wells and can also be used as an elevated fishing platform. 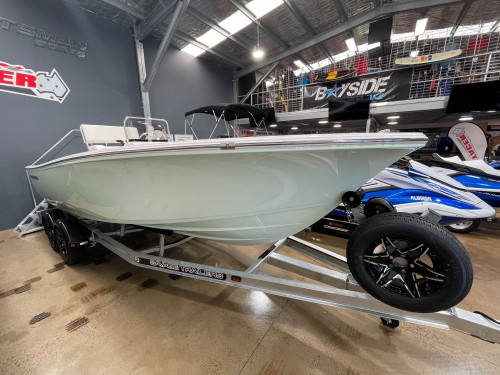 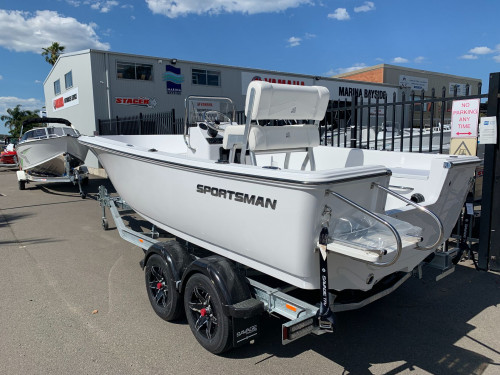